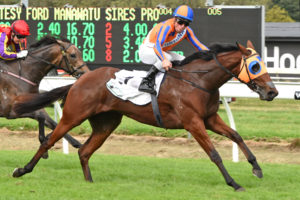 The filly, a daughter of Commands (like Wylie Hall’s own sire, a son of Danehill), won four of her seven outings last season, with Melody Belle’s principal victories including the G1 Manawatu Sires’ Produce Stakes and the Karaka Million 2YO at Ellerslie.
To date, Melody Belle has won or placed in four major feature races.

She is a direct descendant of the influential broodmare Belle Time, the fourth dam of multiple G1 winner Wylie Hall. 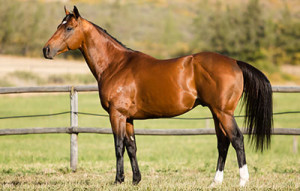 Wylie Hall, whose much anticipated first crop sell as yearlings in 2018, was a superb athlete who finished first past the post in the 2014 G1 Vodacom Durban July, when beating the likes of champions Futura, In The Fast Lane, Capetown Noir and Cherry On The Top.

He also won both the G1 Champions Challenge and G1 SA Derby, and earned more than R3.6 million.
Wylie Hall is a son of champion sire Redoute’s Choice, whose son Snitzel was Champion Sire in Australia last season.