Freeman Stallions are proud to announce that that they have secured the syndication and management of Michael Leaf’s star son of the Australian legend Redoute’s Choice. WYLIE HALL will stand at Vaughan Koster’s Cheveley Stud Farm in Ceres after the 2015 renewal of the Gr1 Vodacom Durban July. Sire Handbook Page, Karel Miedema’s analysis and the Arion report are attached.
Please call John Freeman on 021 418-0566 if you would like to discuss participation in the syndicate or to book a service. 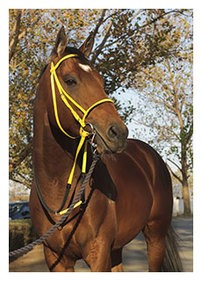 Having won the Gr1 SA Derby in fine style, WYLIE HALL grabbed international attention in the Durban July last year and then lowered the top performing Grade 1 filly Majmu’s (Redoute’s Choice) flag in the star studded Gr1 President’s Champions Challenge. 1st past the post in 3 Gr1 races with career earnings of over R3.6m, 6 wins from 1400m to 2450m and 9 places. He earned a cheque in 10 black type races – 6 of them at Gr1 level. He is being aimed at the July again this year and will then retire.

WYLIE HALL was the Racing Association’s Champion 3yo Of The Feature Season in 2013 and he was Horse Of The Season, Champion Middle Distance Horse and Champion Older Horse in 2015. Wylie Hall’s owner Michael Leaf was recognised by the Racing Association and Gold Circle as Owner Of The Month in May this year. He grew up in a family that loved racing and now, with a string of over 40 horses, he is well known as a gentleman of the game – successful racehorse owner and breeder with a growing broodmare band. We are delighted to work with him and Vaughan on building WYLIE HALL’S career as a stallion.

REDOUTE’S CHOICE is an Australian legend – 3x Champion Sire. According to Arrowfield’s website he is “the world’s best sire son of Danehill” – no less than 15 of his sire sons have produced stakes winners incl Snitzel, Not A Single Doubt, Beneteau, Stratum etc (eight of them have Gr1 winners). He has himself produced 123 stakes winners and over $115m including 27 Gr1 winners and a very impressive list of champions – Arion report attached. Having accounted for no less than 65 yearlings that have sold for over $1m, with a top price of $5m.

WYLIE HALL’S pedigree has an incredibly high strike rate of high grade stakes winners in all of his first three dams.