Cheveley Stud’s multiple G1 winning sire Wylie Hall hails from a truly exceptional family, and the son of Redoute’s Choice gained yet a further boost to his pedigree when close relative Exaltation maintained her unbeaten record on Wednesday.

A daughter of Not A Single Doubt (sired, like Wylie Hall, by Redoute’s Choice), Exaltation produced an unbelievable performance to win over 1200 metres on 26 February at Hastings. 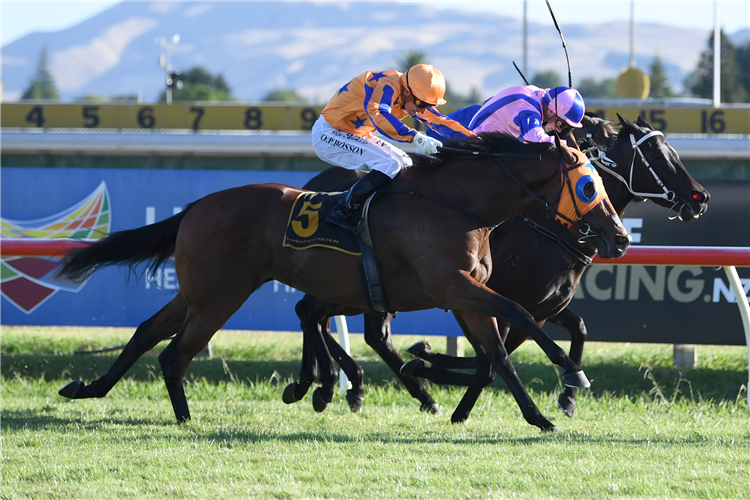 An impressive debut winner in the spring at Riccarton, the half-sister to Horse of the Year Melody Belle, winner of 10 Group Ones, was smart through the line when trialling on 11 February at Te Teko, and while expected to be getting home strongly things took a turn for the worse early in the home straight.

From last at the 600m, Exaltation was buffeted when rider Opie Bosson searched for room at the 300m, stood the leader five lengths a furlong out, yet was devastating over the final stages to get up on the line.

Winning trainer Jamie Richards said: “I thought that was a great win and I got a real buzz out of that. It was awesome, really, and good to have her back.

We’ve had a few injury hold-ups with her and bits and pieces, but the team have done a great job to present her at the races in very good order. The Wellington Guineas (Gr. 2, 1400m) on Oaks Day at Trentham could be a nice race for her. I think it would suit her and she looks quite exciting.”