Cheveley Stud’s promising young Redoute’s Choice sire Wylie Hall made a tremendous start with his first two-year-olds last season, and the regally bred bay has kept up the good work going into the new season.

Wylie Hall, who ended 2018-2019 as one of the leading sires of 2YO stakes winners by prize money, had two eye catching winners last week, with a pair of daughters keeping their multiple G1 winning sire to the fore.

Wylie Hall’s Normandy Stud bred 3yo daughter Flatware got off the mark in convincing fashion when the filly saluted over 1600m at Durbanville on Tuesday. Clearly relishing the step up to 1600m, Flatware kept finding more to score a cosy neck win –at just the third time of asking.
Trained by Justin Snaith, Flatware was ridden to victory by Louis Mxothwa. 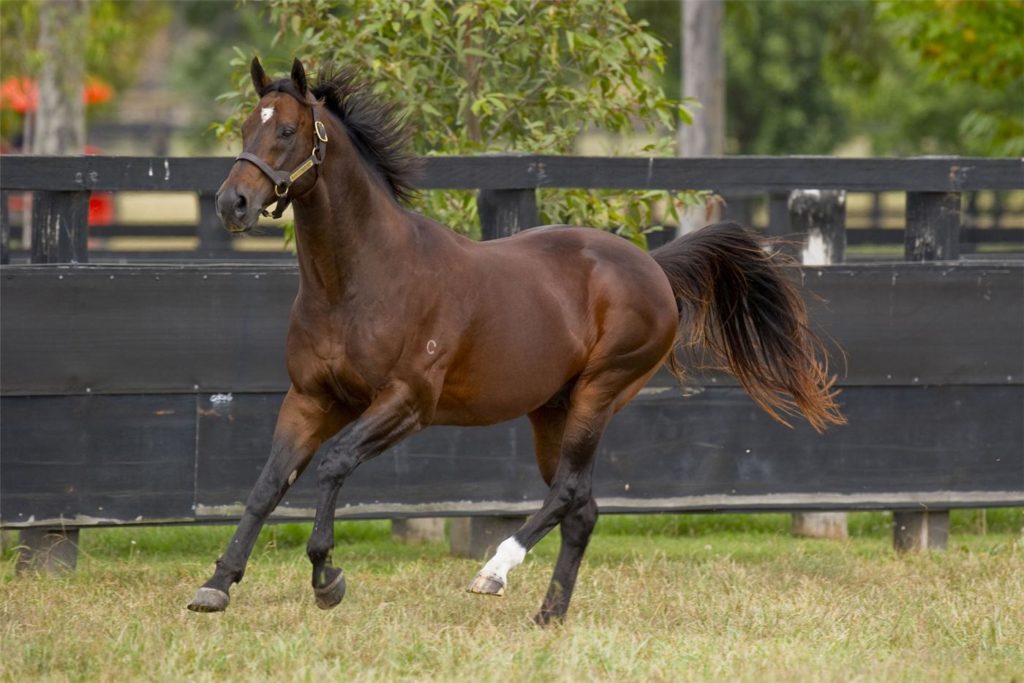 The second daughter of Wylie Hall to win last week (also guided home by Louis Mxothwa) was the three-year-old Wylie’s Flame.
One of only two runners on the card for her sire, the Sharon Kotzen trained Wylie’s Flame (bred by The Alchemy) outclassed her rivals, with the Wylie Hall daughter romping home to a four and a quarter length win at Fairview last Friday.

Clearly a filly with scope for further improvement, Wylie’s Flame has now won or placed in each of her three starts.

Her exciting young sire Wylie Hall, first past the post in the 2014 G1 Vodacom Durban July, is an exceptionally well bred stallion. Not only does the multiple G1 winner hail from the family of recently crowned New Zealand Horse Of The Year Melody Belle, but Wylie Hall is a son of triple Australian champion sire, champion broodmare sire, and outstanding sire of sires, Redoute’s Choice.

Encouragingly, Redoute’s Choice sire sons continue to make their presence felt in some of the biggest races in the Southern Hemisphere.
His outstanding son Snitzel (crowned Australia’s Champion Sire for a third time in 2018-2019) has already been represented by three stakes winners in the new season, while fellow Redoute’s Choice son Not A Single Doubt has had a superb start to the 2019-2020 season and he is currently the Leading Sire in Australia by stakes.