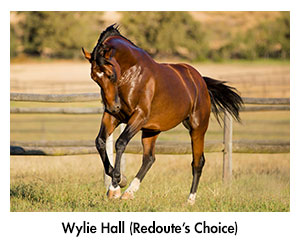 Extract copied below from Sporting Post harkens to a subject very close to my heart. My admiration for Wylie Hall’s famous sire Redoute’s Choice grows each time I read about his exploits. I have written all I can about him so I am happy to share some extracts from Sporting Post’s recent headline news: The principal Australian feature this past weekend was the Gr1 Blue Diamond Stakes, a race won by the great sire Redoute’s Choice in 1999.

Redoute’s Choice sons and daughters made a considerable impact in various Australian features this weekend.

A sire of over 150 stakes winners (over 100 of which are group/graded stakes winners), Redoute’s Choice is in the news currently as the broodmare sire of young Australian sire sensation Zoustar (Northern Meteor). The latter is currently their Leading First Crop Sire by money, with his daughter Sunlight having captured the Magic Millions 2Yo Classic –a race worth $2 000 000. Sunlight also won Saturday’s Gr2 TAB Silver Slipper beating a granddaughter of Redoute’s Choice into second place.

The Redoute’s Choice factor is well felt on the Australian First Crop Sires List. His champion son Snitzel is responsible for Sizzling (currently fourth on the list), while Galah (by Redoute’s Choice) is currently in eighth spot on the log.

A dual Gr1 winner – he won both the Golden Rose and Coolmore Stud Stakes – Zoustar is also currently heading the Australian Leading Sires of 2YOs list.

Redoute’s Choice’s influence as a broodmare sire, however, is not restricted to Zoustar. To date, he features as maternal grandsire of more than 20 group winners, including seven Gr1 winners. He is also broodmare sire of talented former SA filly Ektifaa (More Than Ready), winner of the 2016 Gr2 Choice Carriers Fillies Championship and current smart Mike Azzie filly San Fermin.

His latest star representative as a broodmare sire is the David Payne trained Ace High (High Chaparral). He was victorious in both the Gr1 Spring Champion Stakes and Gr1 Victoria Derby in 2017 and has banked over AUS$1.4 million. He will certainly be popular when he retires to stud. Ace High, whose third dam is former high class South African racemare Lady’s Delight (Local Talent), hails from the same family as Danehill, sire of Redoute’s Choice.

Redoute’s Choice is currently third on the Leading Broodmare Sires list for 2017-2018, having already been represented as the maternal grandsire of six stakes winners this season.

A triple champion sire in Australia, Redoute’s Choice is also sire of last season’s Australian Champion Sire Snitzel, who once again heads the Sires List this season. Snitzel, whose Gr1 winning son Heavenly Blue was a late scratching from the 2018 Gr1 Sun Met,  is enjoying a superb season, thanks in part to son Redzel winning the $10 000 000 The Everest, that he is nearly AUS$7 million clear on the General Sires List!

The extent of Snitzel’s success can be gauged by the fact his stud fee ($176 000) is higher than both his own sire and such stand out shuttler sires as Exceed And Excel, More Than Ready and Medaglia D’Oro.

His mates this year will include multiple South African champion and five time Gr1 winner Carry On Alice (Captain Al).

Redoute’s Choice is also sire of successful stallions Stratum and Not A Single Doubt, with the latter recently having clocked up his 50th black type winner as a sire. 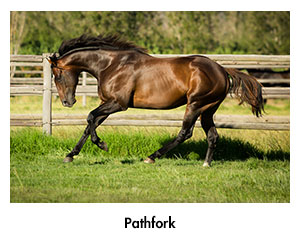 The dominance of Redoute’s Choice Down Under is such that 119 yearlings in the upcoming Inglis Easter Yearling Sale are descended in male line from him. His maternal grandson Zoustar is responsible for another 13 on the sale. A four time Gr1 winner – and from the same family as SA sires Northern Guest and Pathfork – Redoute’s Choice is no stranger to South Africa.

Both Rafeef and Wylie Hall are now at stud (Musir having proved to be infertile), while Redoute’s Choice’s multiple Gr1 winning daughter Majmu is set to visit Frankel in 2018. 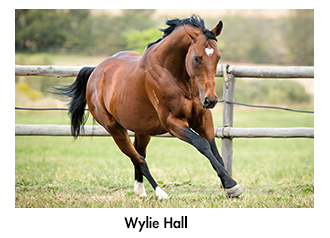 Other sons of Redoute’s Choice include Redoute’s Promise, whose first crop race this season, and Gr1 Caulfield Guineas runner up Time Thief. The latter, like Wylie Hall, is represented by his first local yearlings in 2018.

While much of the credit for Redoute’s Choice can be laid at the door of his outstanding sire Danehill, it should not be forgotten that he was produced by a truly exceptional broodmare in the form of Shantha’s Choice (Canny Lad).

The latter, who produced nine winners from ten runners, is not only dam of Redoute’s Choice but also produced fellow Gr1 winners Manhattan Rain (Sires Produce Stakes) and Platinum Scissors (Spring Champion Stakes), and Manhattan Rain has since gone on to enjoy success at stud – his offspring include 2017 Gr1 Sun Met winner Whisky Baron and Golden Slipper winning filly She Will Reign.

Shantha’s Choice is also granddam of Gr2 Schillaci Stakes winner and promising sire Rubick (Encosta De Lago) and Gr1 Empire Rose Stakes winner Shoals (Fastnet Rock). The above mentioned Summer Sham is inbred to Shantha’s Choice, being sired by a son of Redoute’s Choice and out of a granddaughter of the mighty mare. – Freeman Stallions