Brilliant racemare Melody Belle, who, like Cheveley Stud’s well performed sire Wylie Hall, descends from the mare Belle Time, made it G1 win number seven when she won the G1 Tarzino Trophy at Hastings on Saturday.

The mare, who had been crowned New Zealand’s Champion 2YO of 2016-2017, was defending her title, with Melody Belle having also captured the Tarzino Trophy in 2018. 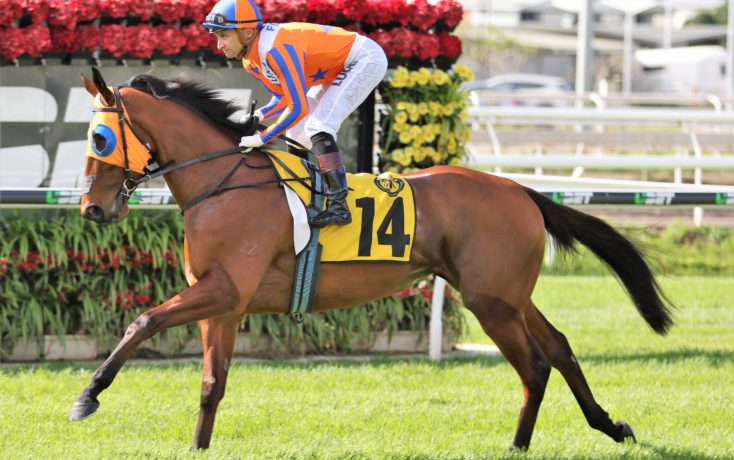 Despite having to overcome a wide draw in Saturday’s seven furlong contest, Melody Belle showed her class with a three-parts of a length win.Expected to race in a handy position, that plan went out the window when she dwelt slightly at the start. Rider Michael McNab was forced to bide his time near last in a strung-out field as rank outsider Deerfield set up a hectic speed out in front.

McNab didn’t panic as he eased his charge to the outside to track up Endless Drama and Wyndspelle around the home bend before angling for clear running at the 350m. Melody Belle let down with a devastating sprint to collar Wyndspelle and Helena Baby with 50m to run as McNab rose high in the irons to celebrate the victory.
“This is just unreal,” McNab said. “We chased him and then sucked up and sucked up and when she got out, she let rip – just an amazing horse.She’s a no-frills type of horse and just a real warhorse.”

Trainer Jamie Richards confirmed after the win that Melody Belle would be likely to target the G1 Windsor Park Plate next.

Now a winner of 12 of her 22 starts, Melody Belle (by Commands) is the hot favourite to be crowned New Zealand Thoroughbred Racing Horse of the Year at the annual award ceremony that will be held at Ellerslie racecourse on September 8.