Horse of the Year and July Winner off the mark

The Cheveley Stud bred and based champion Legislate recorded his first winner on Monday when his first-crop son Speed Machine scored an impressive victory at Kenilworth.

SPEED MACHINE accelerated to victory at #Kenilworth on Monday.

Trained, like his sire, by Justin Snaith, Speed Machine had caught the eye when second, over 1200m, on debut, and the Collins Stud bred colt went one better on Monday.

Despite taking on older rivals, the two-year-old Speed Machine powered clear, under jockey Richard Fourie, to shed his maiden by four and a quarter lengths while scoring over 1200m.

Out of the Western Winter mare Tamora, Speeed Machine was a R90 000 buy from the 2019 Emperors Palace National Yearling Sale. 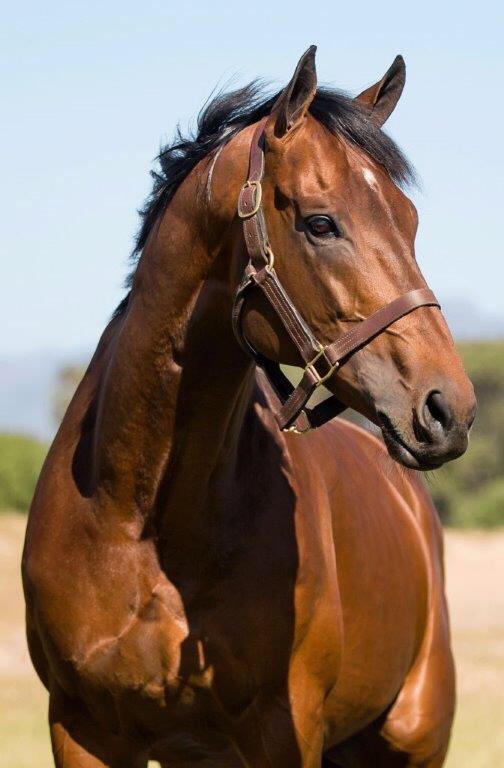 His record breaking sire Legislate has now had six first crop runners win or finish in the money.

The bay won seven times, and emulated his own sire Dynasty by landing all of the G1 Vodacom Durban July, G1 Cape Derby and G1 Daily News 2000. The current record holder for 1600m at Kenilworth, Legislate won a total of six graded races including the 2015 G1 Rising Sun Gold Challenge.

Legislate has a single lot, a colt whose dam is a half-sister to the dam of the Dynasty sired champion It’s My Turn, on offer at this year’s Emperors Palace National Yearling Sale.

Michael Muis Roberts, who had a race day in his honour at Greyville yesterday, was not only a fine ambassador for South African racing but his success inadvertently had a positive impact on South African bloodstock. Roberts was approached one day in the late 1990s by...
Read More

Brilliant racemare Melody Belle, who, like Cheveley Stud’s well performed sire Wylie Hall, descends from the mare Belle Time, made it G1 win number seven when she won the G1 Tarzino Trophy at Hastings on Saturday.The mare, who had been crowned New...
Read More

Vaughan Koster’s Cheveley Stud, perennially among South Africa’s leading breeders, will be offering a very classy, eight strong (one as agent) draft at the 2019 National 2YO Sale.Cheveley’s consignment includes yearlings by such stallions as Captain Al,...
Read More